I have to say that up until today, my Halloween spirit was lacking. I haven’t been watching scary movies. I haven’t been eating more than my usual share of fun sized Snickers bars. I haven’t been reveling in my usual Halloween activities. October has just been steadily and speedily been moving along and the whole damn month was about to slip on by without me doing a single thing about it.

But, today, something happened. something truly magical:

I went to Rock and Shock. 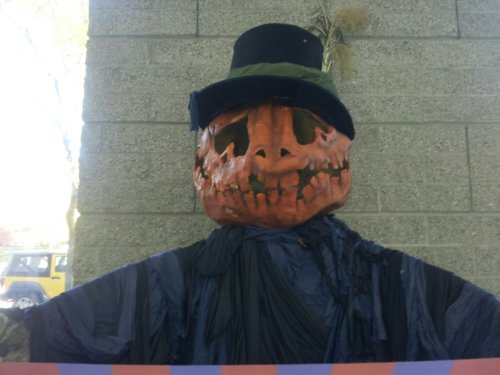 For those that don’t know, Rock and Shock is a convention and concert series that is held every October in Worcester, Massachusetts. I haven’t really done anything with the rocking part of the equation. I’m there for the shocking. Last year was my first time there and I was impressed by the sheer number of vendors, celebrity guests and horror fans that were there. 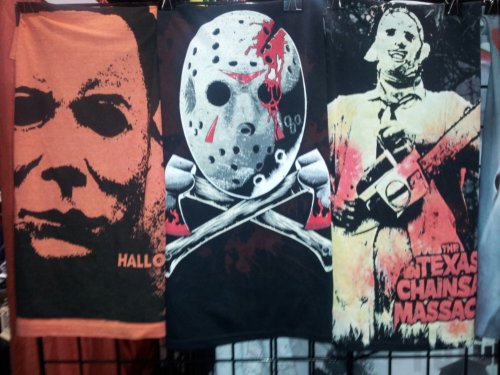 There is merchandise from every horror franchise you can think of: action figures, posters, beer koozies, coasters, shot glasses, post cards, lampshades, throw rugs, pillows, replicas, props, bootlegged DVDs showing the hit movie Jason versus Leatherface. If you’re looking for a piece of memorabilia from your favorite horror movie, this is the place to get it.

And let’s say you don’t want things directly related to Jason or Freddy? They have things for you too. There are artists selling posters of their striking and macabre work. There are writers from small publishing houses and larger publishing houses. There are tattoo artists, taxidermists, animal shelters, jewelers and flask makers, make-up designers, mask makers; anything and anyone that might have something to do with those things that go bump in the night. They’re all there.

I went from not feeling Halloween at all to feeling reinvigorated.

Aside from the things I bought, the most important thing is that I got to wander around at will with a large group of people who share my niche interest. I got to talk to a local filmmaker about the movies they’re making, one of which was even banned in Germany. I chatted at an artist about Friday the 13th before walking off with a poster I hadn’t paid for. Gunnar Hansen quote Dylan Thomas at me. It reminded me about why I enjoy horror, Halloween and all this scary stuff. It’s about exciting, scary, terrifying art and the people who love to make it.  It’s about being able to connect with people who get it and love it as much as you do.

It’s about enjoying being scared. 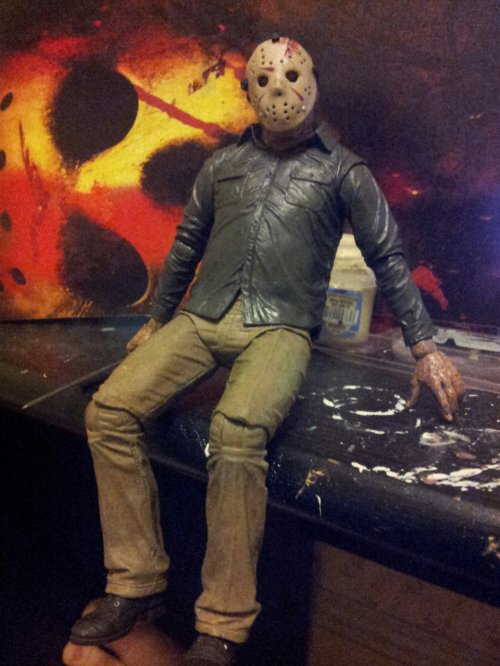 Tomorrow, I have something grand planned. I dunno if I’ll be able to pull it off, but I’m going to try. I’m going to try to do my damnedest to make up for the time I let slip by and give Halloween the attention it deserves in one big, bang.